So I hope all of your Thanksgivings were as joyous as the 3 that I had! Here is the breakdown of my Big Gay Thanksgiving just for you!! Like I mentioned in an earlier post some of the recipes are mine, some I found and I love, and some I found but they needed a little homosexual touch to make it perfection! Before I start I have to give a special shout out/thank you/licks/kisses & hugs to John Dolan who took all these amazing photos! I am forever indebted to you! MUAH! 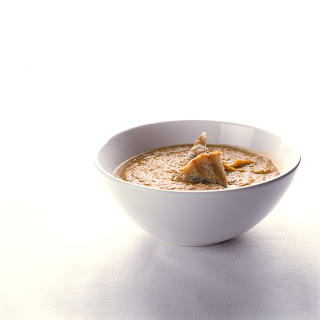 So the first course was my Pumpkin, Sweet Potato, Carrot soup with Grilled Blue Cheese Croutons!

(recipe to follow as this make a great Autumn/Winter Soup! Weight Watcher® Friendly!)

It’s so delicious all you’ll want to do is serve it up and cuddle up with a good movie or a hot mans! (yes I said mans) 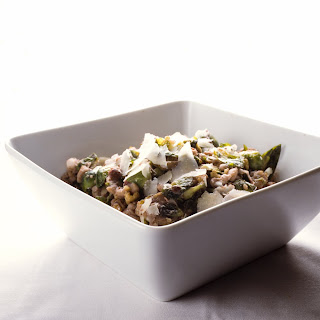 There was a warm salad of Caramelized Brussel Sprouts and Cannellini Beans Tossed in a light homemade vinaigrette and garnished with freshly shaved Pecorino Romano!

(recipe to follow – Weight Watchers® this is a good one for you! low points & delicious!!) 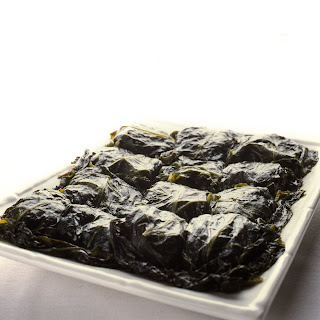 Then there was Wild Mushroom Bundles courtesy of Shelly Wiseman of Gourmet Magazine via Epicurious.com. This recipe is slightly labor intensive and was one that needed a big gay touch to make it just right. I took the suggestion of someone who commented on the recipe and added goat cheese to it. I can’t imagine them without it really! They are so freakin’ delicious make sure you make extra just for yourself and store them away!

I also have to give a special shout out/thanks to my sous-chef of the day, Gabriel Beck, who essentially took this project under his wing and perfected it! 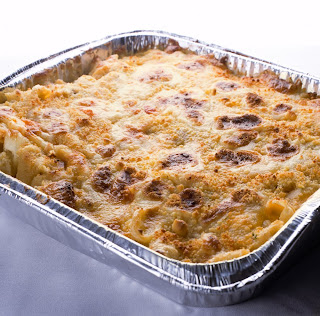 Next came my Man Keepin’ Mac & Cheese! Is there really much more I need to say about this? A delicious combination of Pepper Jack, Cheddar, Manchego, Romano, Parmesan, Muenster, & Ricotta that will have you screaming in ecstasy!

(recipe to follow – Weight Watchers® there is no point in making a low point Mac & Cheese..Flex baby Flex!!) 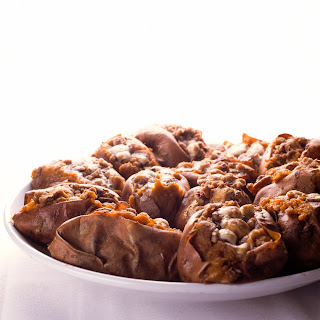 Next came my twice baked sweet potatoes! I went a-searchin’ for some fun sweet potato recipe and didn’t find anything I really loved. I did come across one that inspired this recipe though. The recipe I found just had you place a streusel on top of the baked potatoes. But I thought well that makes no sense cause I wanna taste the goodness throughout! So i dug em out and added the streusel and they were UH-MAZING!!!

(recipe to follow… Weight Watchers® It’s Thanksgiving for goodness sake! lol Just close your eyes.. or better yet a baked sweet potato with some salt pepper and smart balance is super delicious too!) 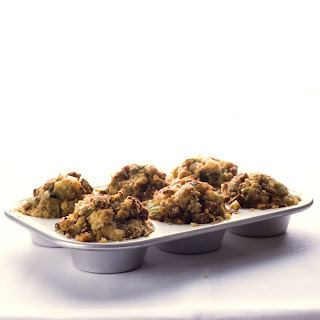 On to Ms. Rachel Ray’s Stuffing Muffins. In my stuffing muffins, I used cornbread, chorizo, celery, apple & leeks and then followed her recipe on how to put it all together.. sadly they didnt stay together when taking them out of the muffin tins. I dont know whether it’s because there is no binding agent or cause I substituted cornbread…but I need to figure it out and report back! The stuffing was still delicioso nonetheless! 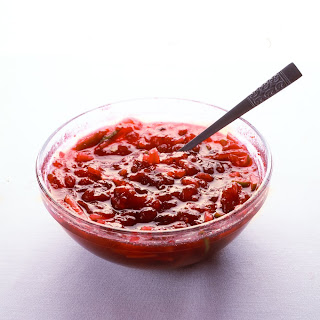 As for sauces for my turkey, I had a mushroom gravy which I sadly dont have a picture of as it was beautiful and delicious!  Then I had a Cosmopolitan Cranberry Sauce! Courtesy of Rick Rodgers via Epicurious.com! I like to doctah (yes I said doctah) this just a hair. I throw in a little extra sugar and then I used 1/2 cup vodka splitting it between half Stoli Ohranj & Half Stoli Applik! I also added the zest of one orange after it had cooled. Throw the juice of half a lime in there along with the Grand Marnier and this recipe goes from perfect to brilliant!

Last but certainly not least was the Turkey! So delicious and I don’t really need to say much as there has been a blog written about this bird already! But I do need to show you the picture one more time. It was SO GOOD!! 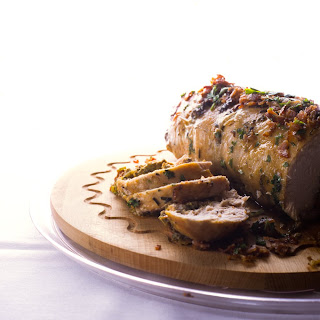 Dessert consisted of Ms. Martha Stewart’s Chocolate Pumpkin Tart which I have been making for years! I have to go into my backlog of recipes to find this one as the one they have on the site has been updated to make it easier but I dont think it’s as good as the original recipe!

Good food is worth the time and effort folks! 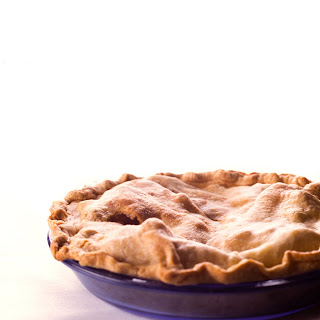 There was also a White Cheddar Apple Pie! Just take your traditions Apple Pie recipe and layer in delicious slivers of while cheddar. You’ll thank me later!

Top it all off with a little homemade Grand Marnier Whipped Cream (two pints heavy cream 2 TBS of Grand Marnier 1/2 cup of confectioners sugar & whip away) and the evening is complete!

Other than that there was wine and liquor galore!

Oh you must be saying to yourself wow this is so much food and it must have cost an arm and a leg! I was contemplating giving you a price breakdown but Ill just say that I spent around $160 dollars which when broken down per head is a little over $13 dollars a person. I didn’t buy or bring any of the liquor.

I hope you all enjoyed reading this as much as I did cooking it! More to come!!

I Love My Balls!

Just a gay from Brooklyn with big culinary dreams. From the stage, to hosting, & the kitchen I do it all with flare, humor, and grace. So join me on this adventure as I take you through my life through a food lens. 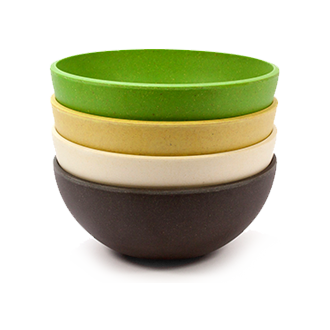 Use your affiliate links here to monetize your blog! This is a highly flexible built-in widget that you can use in any sidebar. Upload a photo, enter the price and description, and specify the product URL.